Société Générale has come a long way since opening its first office outside France in the City of London, in 1871. Almost 150 years on, the company is relocating its team from 3 separate London buildings into a landmark new 27-storey tower in Canary Wharf. Gradually occupying the space from late 2019, Société Générale’s 280,000ft2 span 8 floors of the Kohn Pederson Fox-designed building, marking the culmination of over 5 years of planning since the first pilot project at the company’s Tower Hill offices.

The new office design went through a rigorous and collaborative process in order to get the facilities right. The office will feature a varying ratio of between 6-8 desks per 10 employees, supplemented by numerous alternative workspaces such as breakout areas, meeting rooms and individual booths. The furniture and layout of the new facilities incorporate numerous learnings from previous pilot projects, also designed by the team at tp bennett. The first pilot project in 2014 trialled a ratio of 10% sit-stand, 90% fixed height desks and benches from KI’s collection. Now, 100% KI Work2.1 Sit-Stand desks have been specified throughout the new HQ – a reflection of their popularity observed through the earlier fitouts.

The neutral pallet of natural woods, stone and marble is enhanced with soft greys, blues, salmon pink, orange, bronze and anthracite. This is again another example of the evolution of the earlier pilot schemes, which also opted to select finishes unencumbered by the company’s brand colours of red and black.

KI’s UK-manufactured 800 Series steel storage lockers, cupboards, waste units and drawer units have been finished in an anthracite grey. This finish was also used throughout open plan areas for the understructures of KI Work2.1 Sit-Stand desks, also manufactured in the UK. Some selected areas of the office feature ‘pebble’-shaped worktops on KI’s Work2.1 Sit-Stand workstations. Custom-designed by tp bennett, they feature white understructures, fabric screens and a stone-like laminate worktop finish. To achieve this unique variation of the standard KI product, tp bennett worked with KI to create and evaluate several mock-ups using different shapes and finishes. This nod to biophilic design is enhanced by the thousands of live plants throughout, and artificial plants in areas where real plants may struggle to survive.

Overall, the new office space has been designed and fitted-out in such an appealing and efficient manner, that it strengthens the company’s ability to attract and retain the best talent in their highly competitive sector. 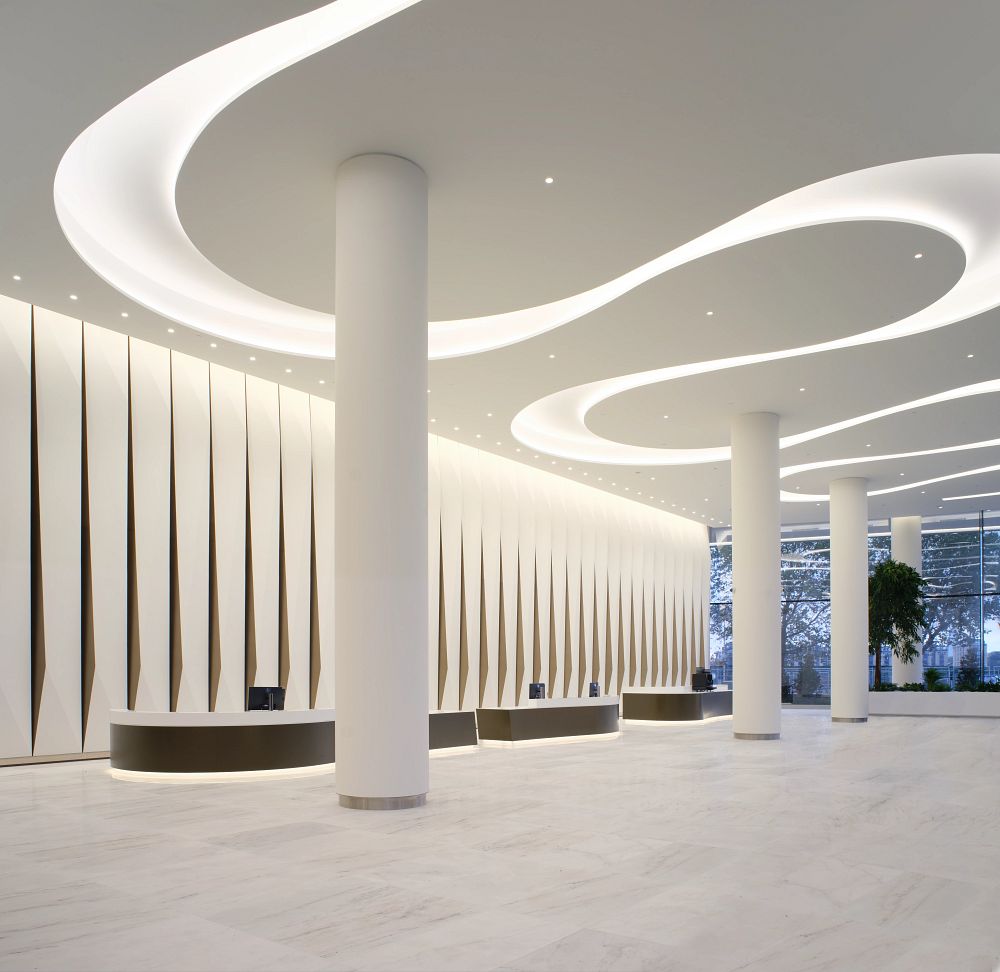 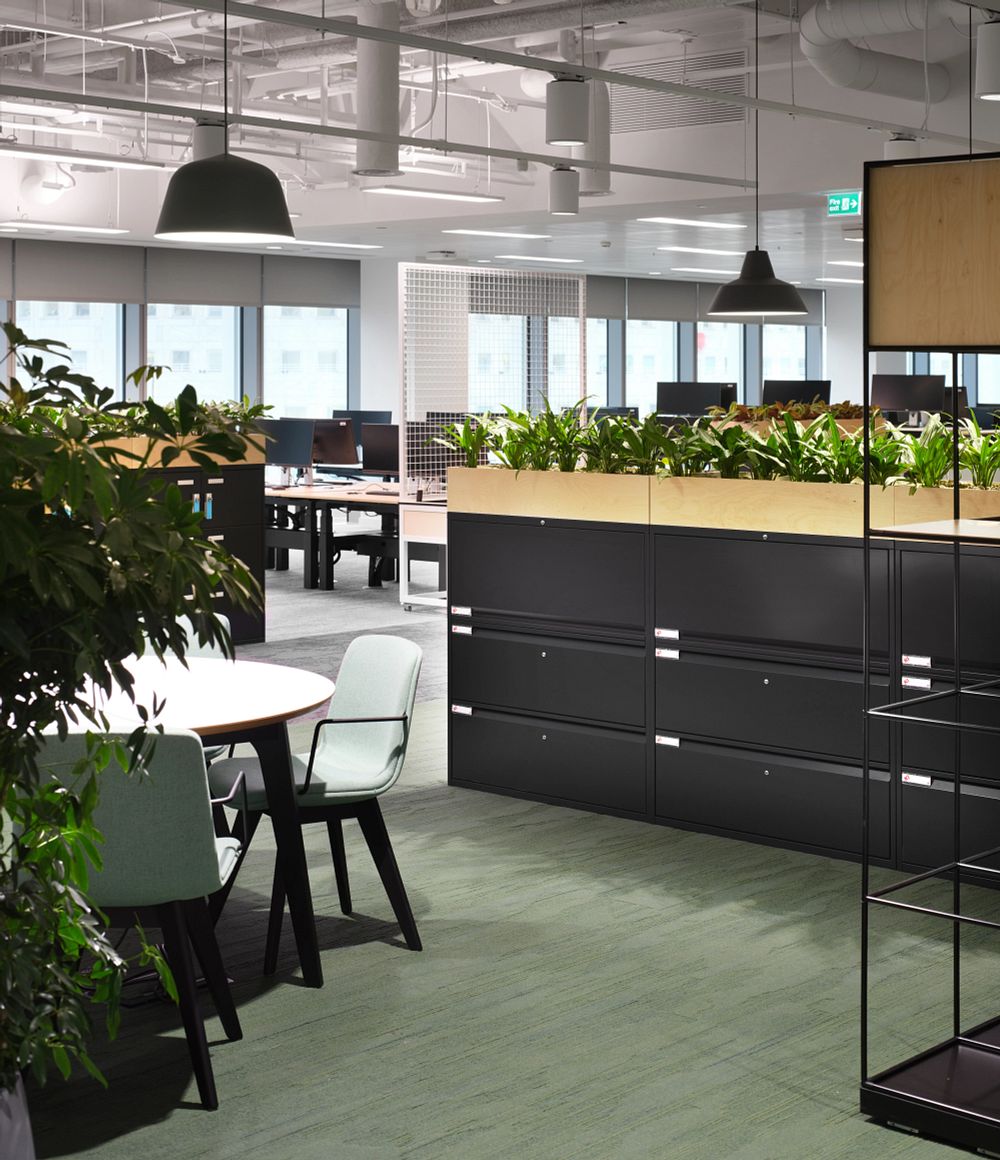 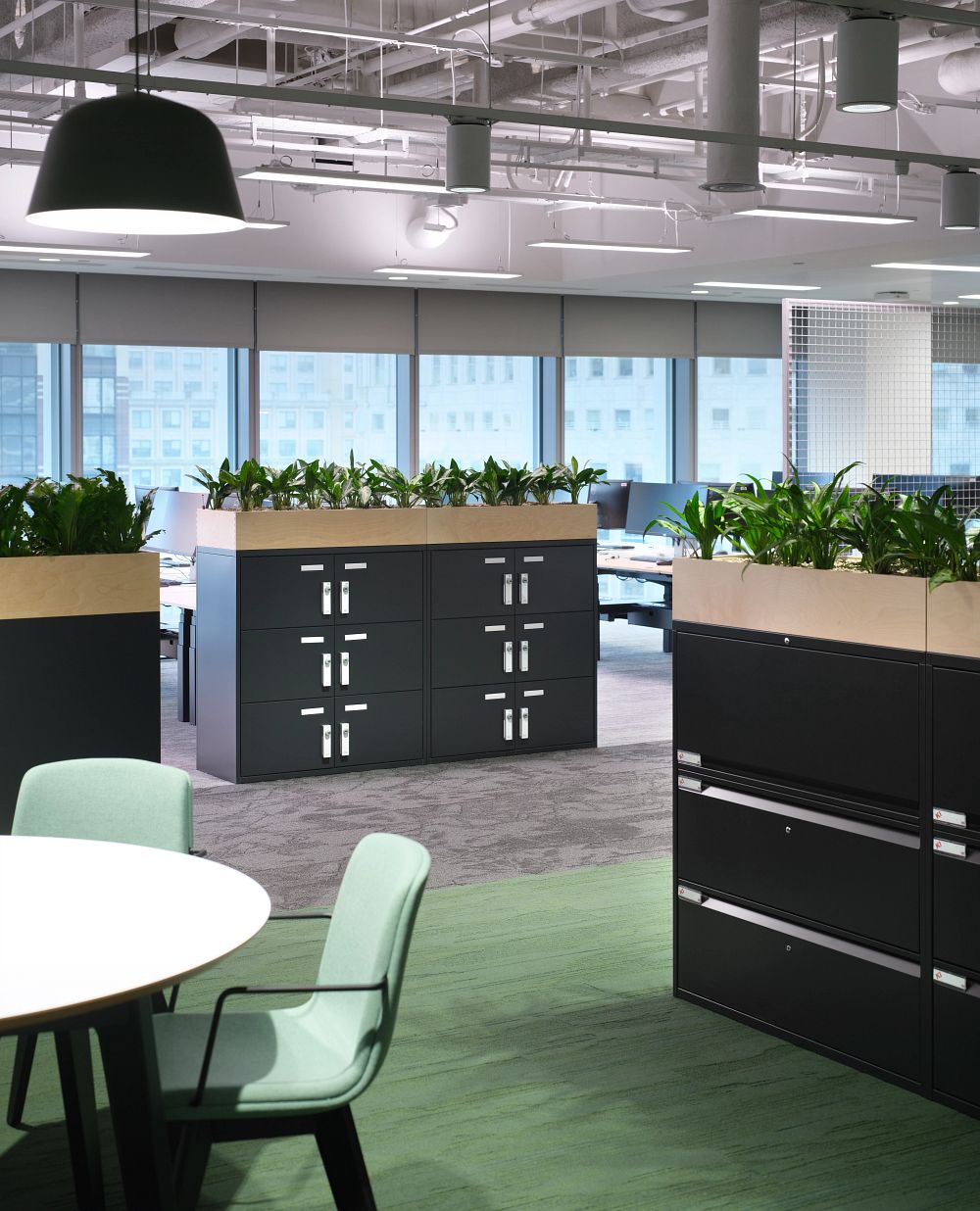 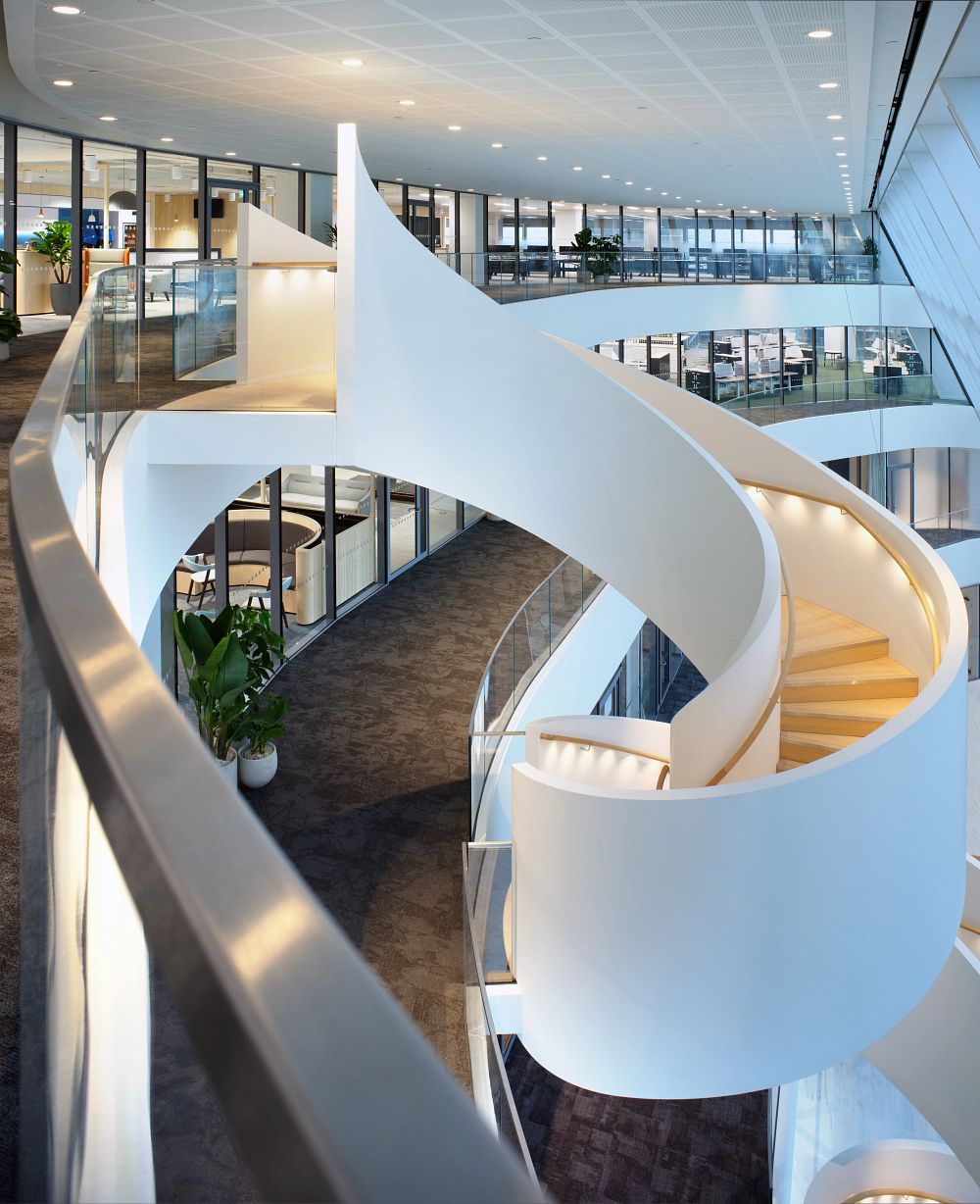 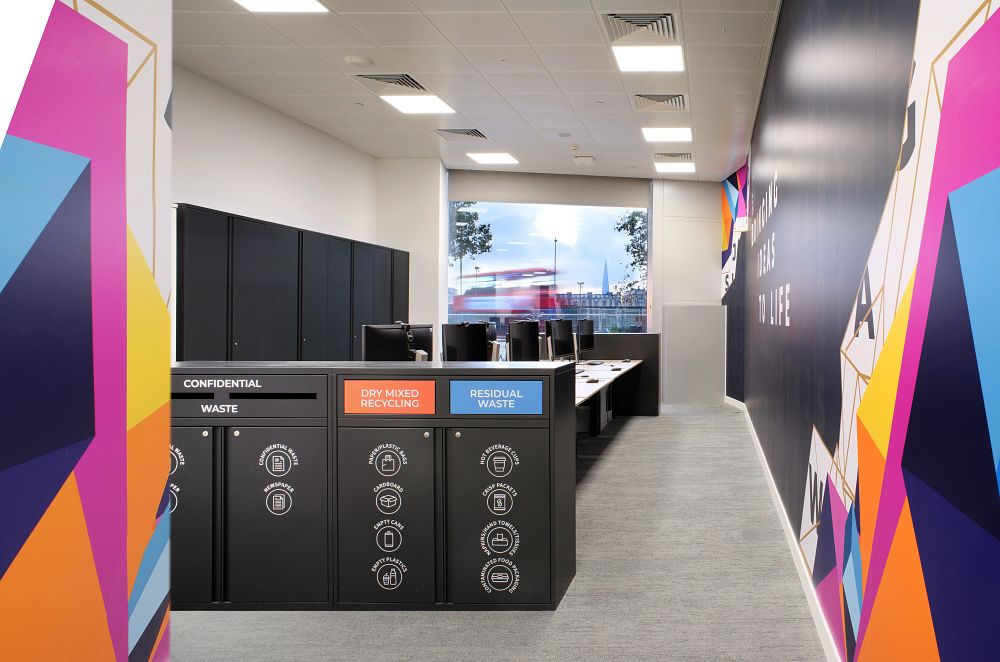 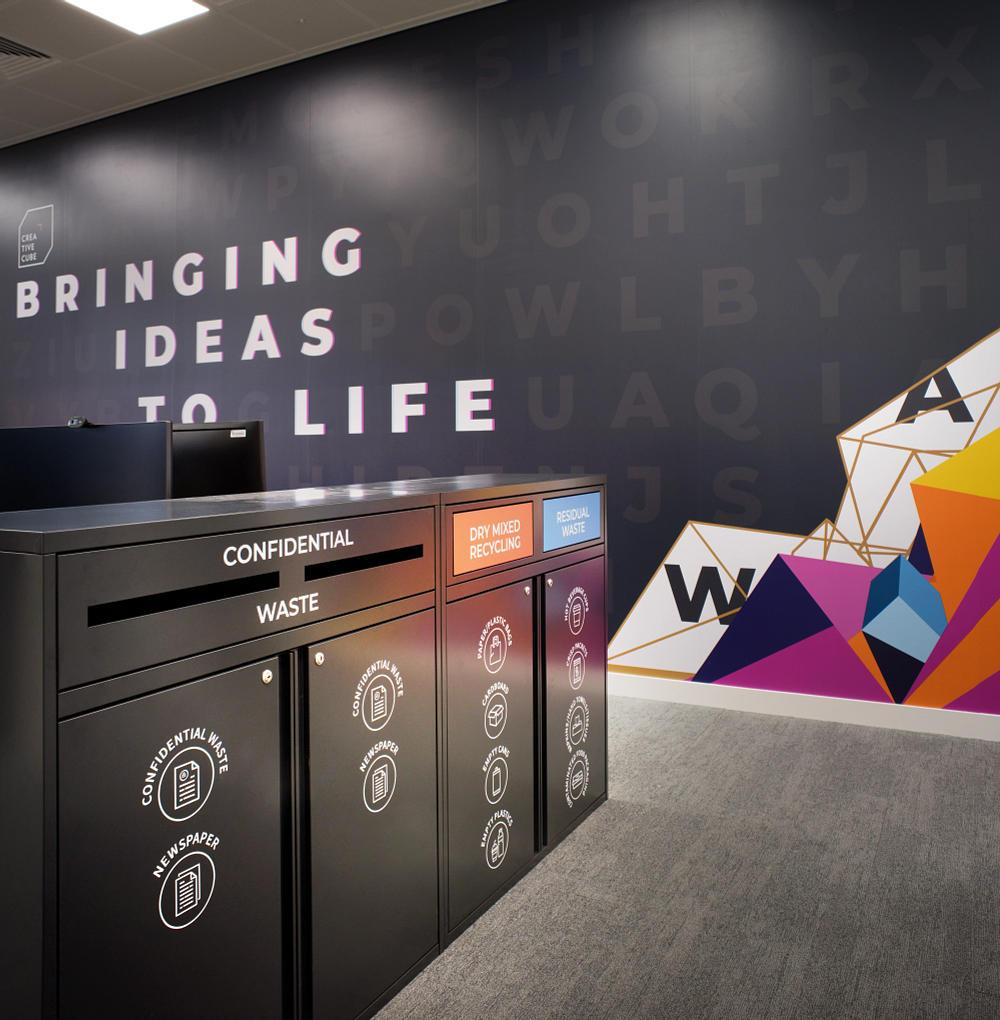 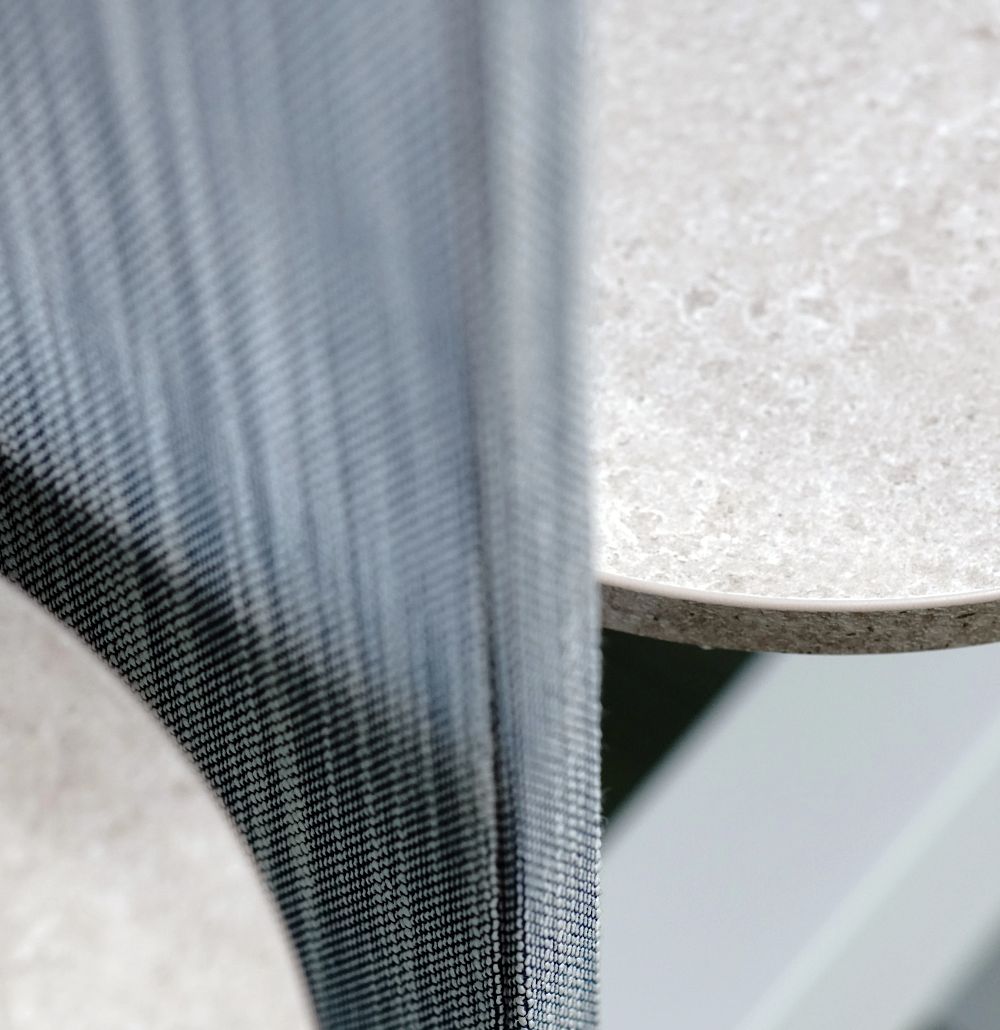 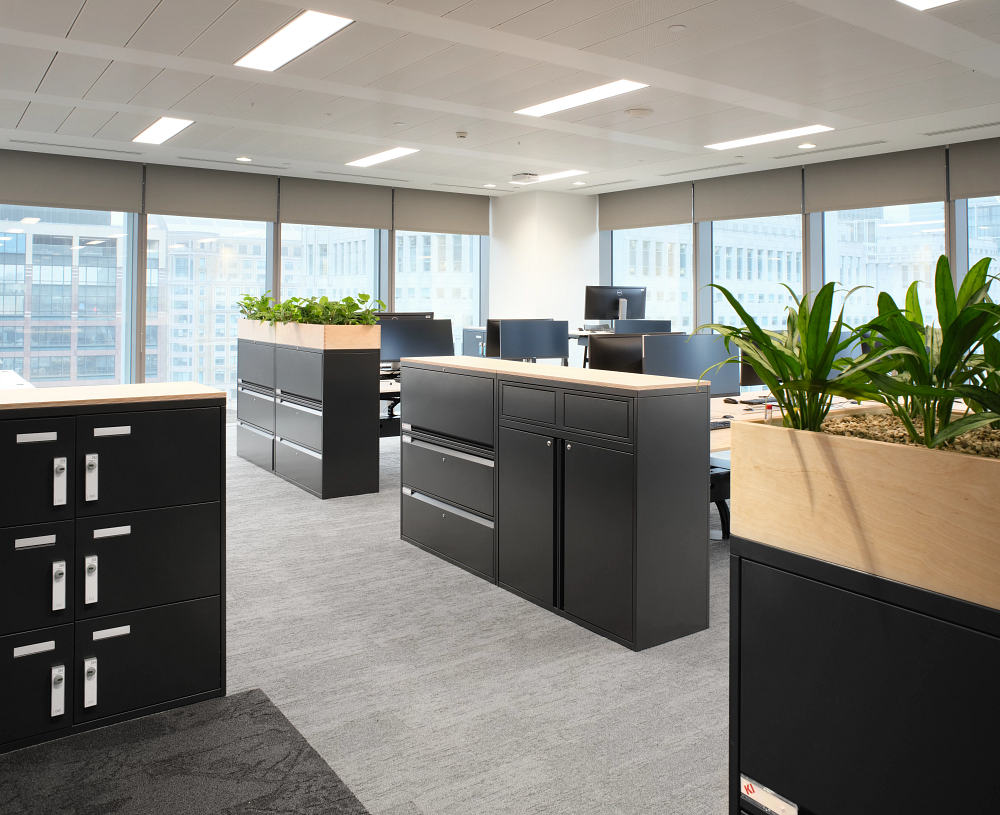