Swiss private bank firm EFG International has recently moved to Park Street in London’s Mayfair neighbourhood. Their new facilities are a manifestation of their brand and provide an elegant, sophisticated experience for their team and visitors alike.

The move has allowed the business to change its layout from traditional offices to a more open space that supports hybrid working. The new space was designed by Simon Hart and Stefano Albanese of AIS Interiors.

As part of the transition, project furniture consultants byBailey selected KI desking and storage solutions. Over 200 Work2.1 Sit-Stand desks were specified with white worktops and a black-grey understructure, configured as back-to-back benches for 6 people. The neutral colours were chosen to keep in line with the existing design intent. The A-Series desk screens were specified in Camira Blazer Lite True fabric. The manager’s desk, however, was finished in Polyrey Chene Leve with a reverse chamfered edge to match other tables in the space.

KI’s Zig tables were also finished in the same detail for meeting spaces, while a number of others were completed in Traffic Black. These tables were seen as good value for money while achieving the aesthetic they wanted. They also provide space for collaborative work and spontaneous, casual meetings.

End of desk storage was used as both local storage needs as well as space delineation. KI’s 800 series storage units were specified in Traffic White and enhanced with a Stone Grey MFC planter. These planters allow for extra greenery within the space close to people’s desks, complementing the overall biophilic design of the space.

One of our client’s key drivers for their sit-stand desking was to have a neat and well considered cable management system. This therefore led us to propose the Work2.1 from KI. From our experience the upper and lower cable tray is the best solution to neatly manage the cabling. KI were also able to supply non-standard finishes to ensure we could keep certain components in line with the designer’s scheme. The service and responsiveness we received from our sales support team on this project was up to the high standards we have now come to expect from KI as a manufacturer. This is why they are a supplier we will go back to time and time again. 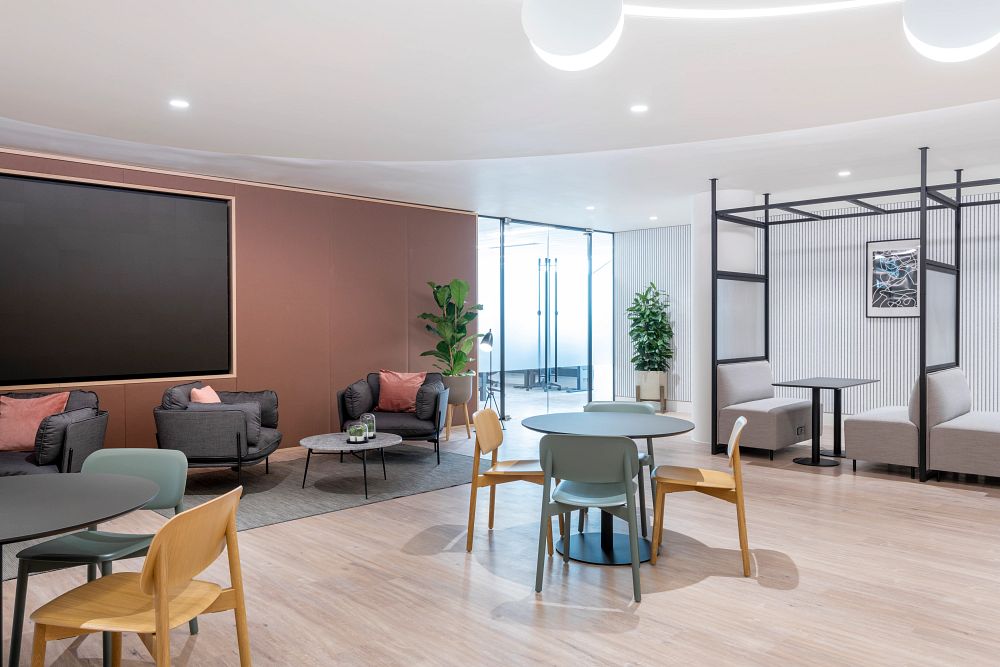 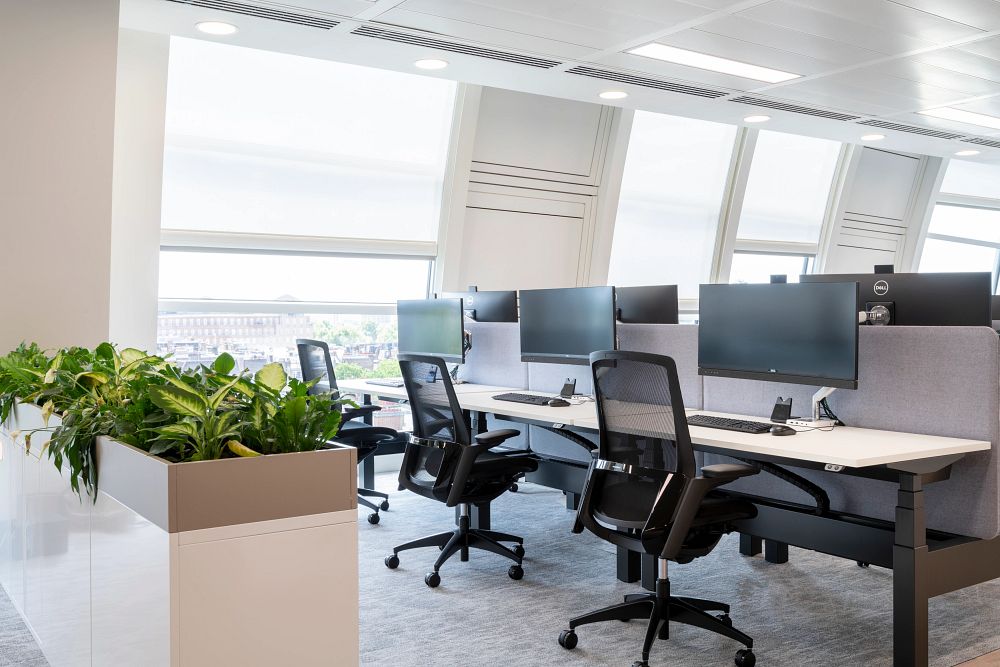 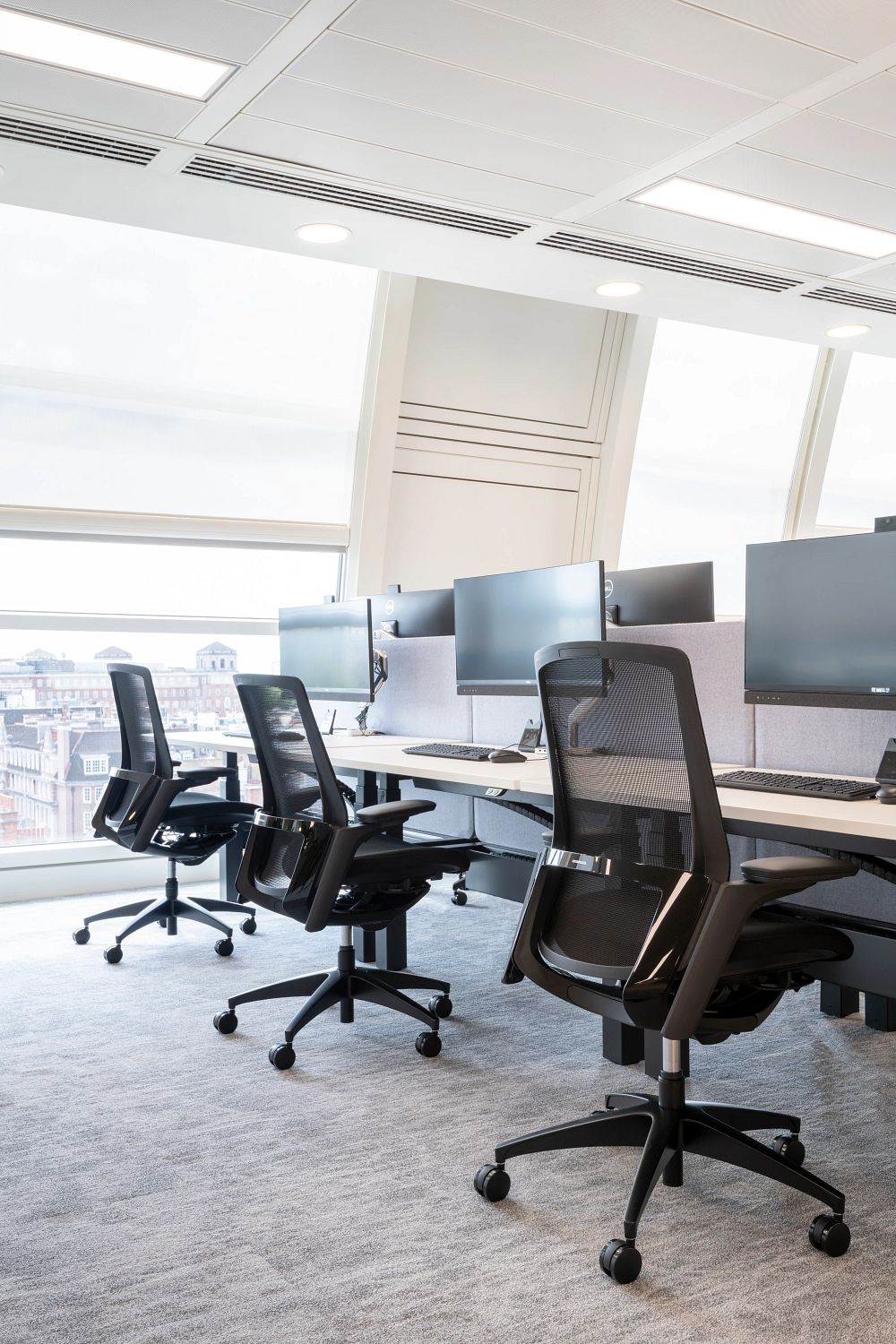 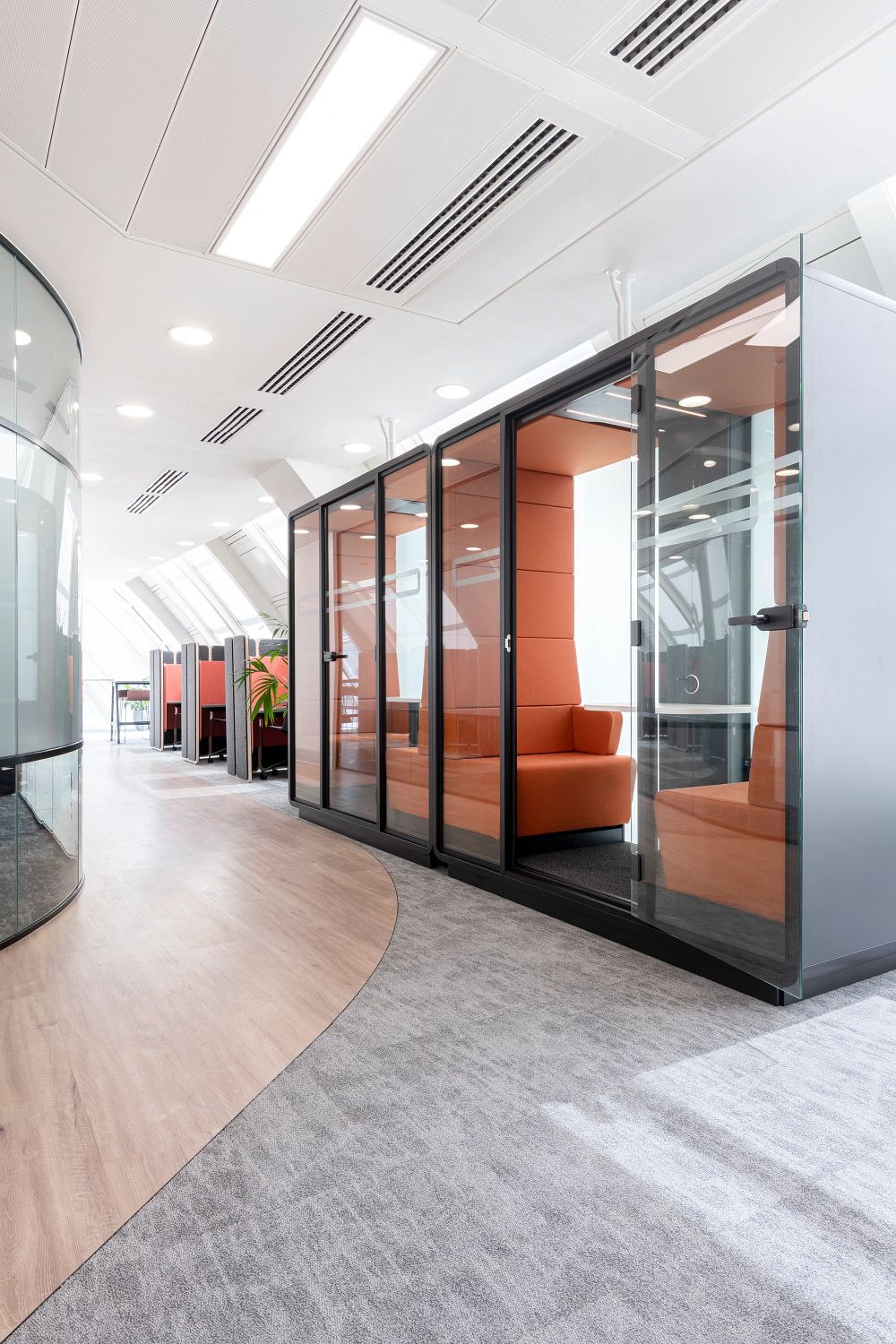 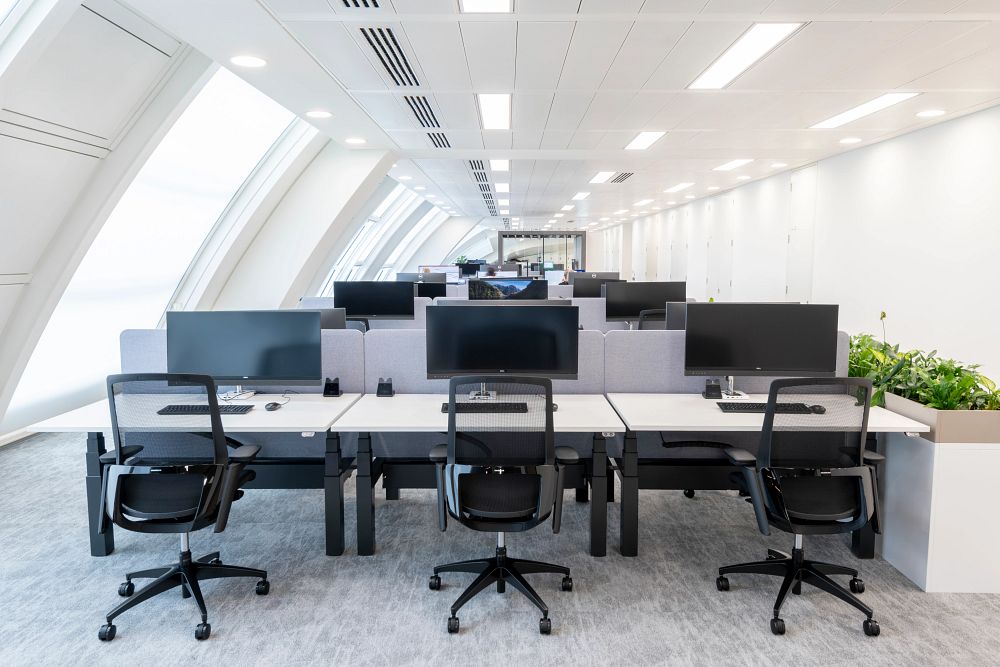