As part of the expansion of Davidson's Mains Primary School in Edinburgh, 8 new classrooms and breakout areas have been created over 2 floors. The extension was part of the 'Rising Rolls' programme with Hub South East and The City of Edinburgh Council. The scheme aims to tackle rising school numbers by not only building (as well as developing and designing) new classrooms quickly, but also tailoring each one to the respective school’s identity.

For Davidson's Mains the classrooms were designed with active learning and open-play in mind as well as a continuation of the school's Early Years environment principles. The project also incorporated ideas suggested by the school's 'Pupil Council', a committee that consists of one representative from each P4-P7 class as well as the Head Boy and Head Girl to communicate any concerns or suggestions that the pupils have.

The architects for the project were Scott Brownrigg while the interior design was by Lesley McMillan, interior designer for The City of Edinburgh Council. The project incorporated a natural, non-prescriptive style that stimulates and nurtures the students' minds. The classrooms were completed with a natural colour palette of blues, browns and greens that were inspired by the Scotland's Tobermorey. The colours also aren't over stimulating for those with conditions such as autism and help to create a calmer feeling environment. KI's Postura+ chair was included as part of this project as its Powder Blue colour fit this design perfectly while providing children with a comfortable seat that’s durable but light. This colour scheme also fits in with McMillan's desire to bring nature and biophilic design to the younger generation and how it can make pupils happier and more comfortable. Bespoke safe houses, nooks, focus booths, high back sofas and wobble stools additionally maximise how the spaces can be used while providing adequate storage. 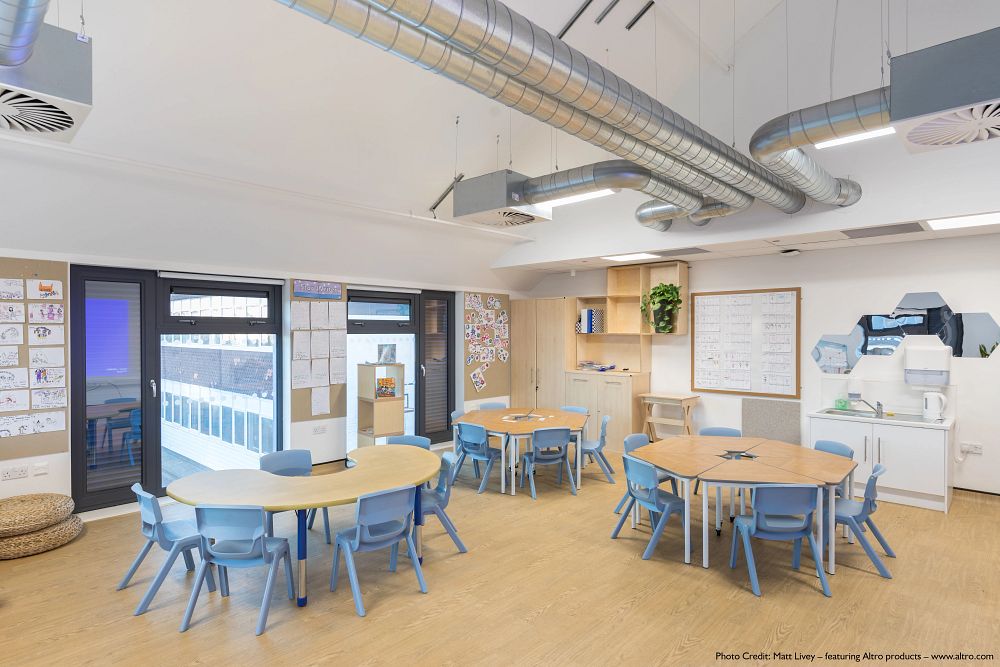 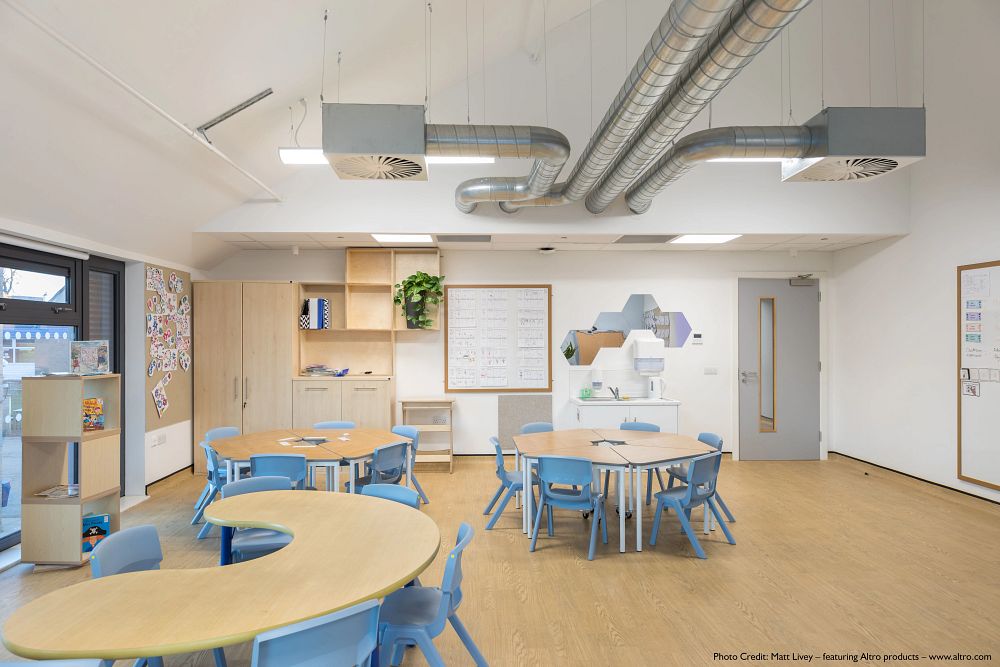 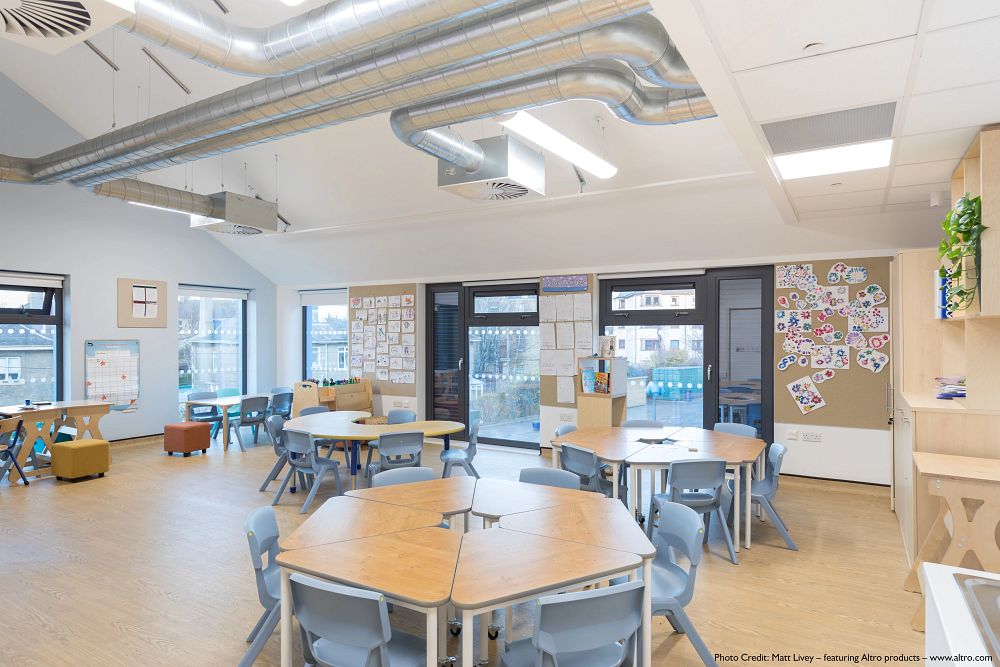 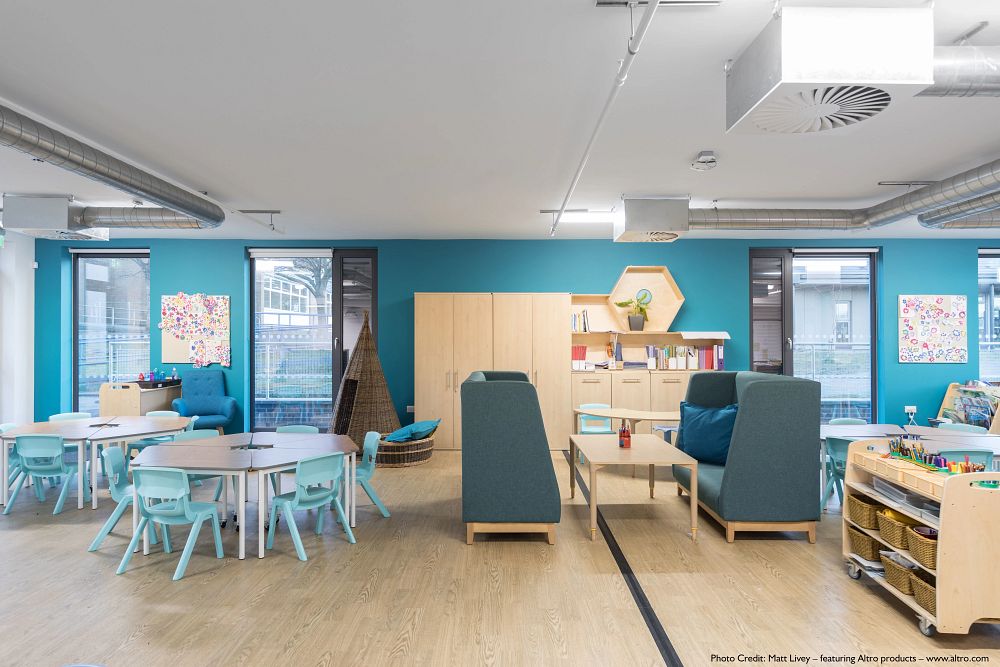 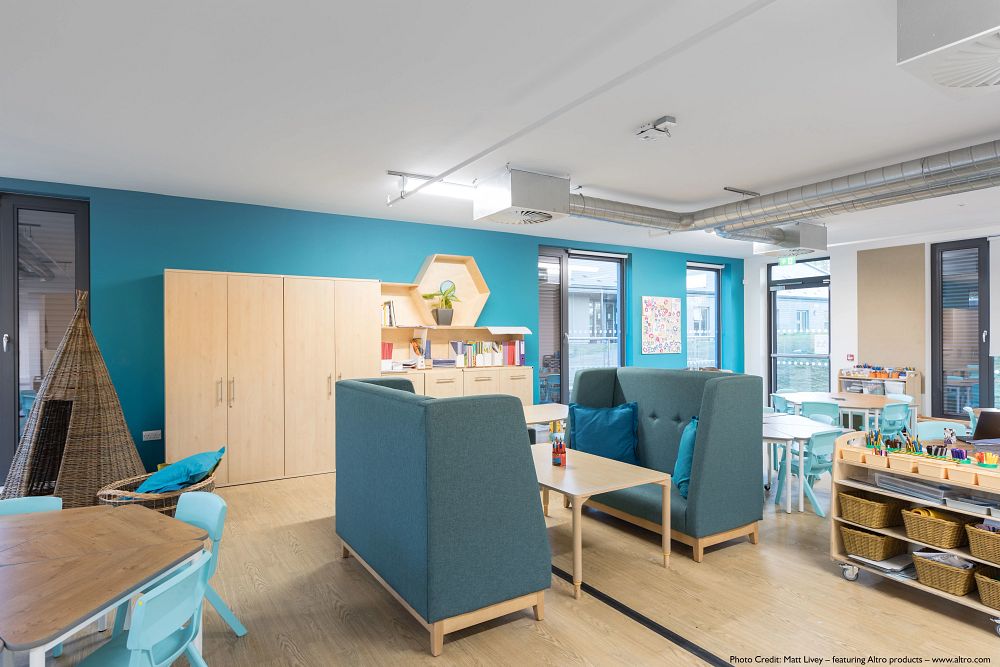