As part of their ongoing relationship with KI, EY (Ernst & Young) have provisionally incorporated a 16-metre-long Colonnade unit into their office at 1 More London Place, London. It forms part of a trial programme called the “Living Lab” or the “Workplace of the Future”. This trial is being carried out across 4 of EY’s UK offices and will see a move away from large open-plan banks of desks, to an environment that is much more collaborative and supports a range of work styles.

The layout of the Colonnade unit was co-designed by the teams at both KI and EY to provide as many different work applications as possible whilst maximising user control. It was created in such a way that allows items such as whiteboards and other accessories to be repositioned as necessary, while acoustic curtains enable the space to be quickly and easily divided up as and when required.

In order to incorporate an element of biophilic design, planter boxes have been installed within the shelving of the unit. EY also use a vast number of KI Work2.1 Sit-Stand desks and 800 Series storage to support over 6,000 members of staff. Some of these products have been repurposed as integral to the Colonnade structure as part of this trial, offering a new lease on life to these units. Work2.1 Sit-Stand tables have also been included in these spaces to bring the benefits of sit-stand desks to collaborative spaces. 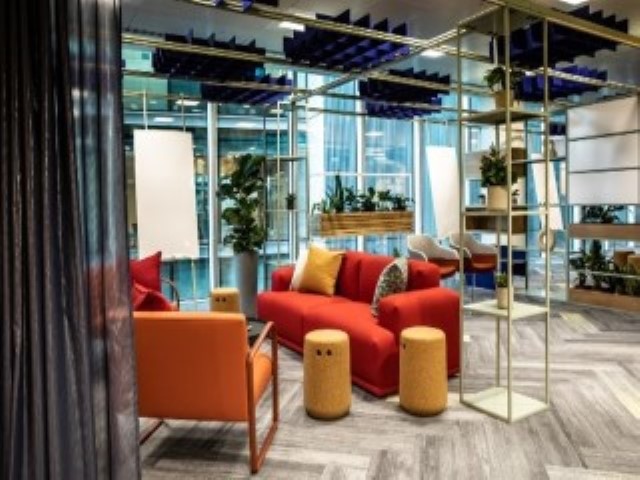 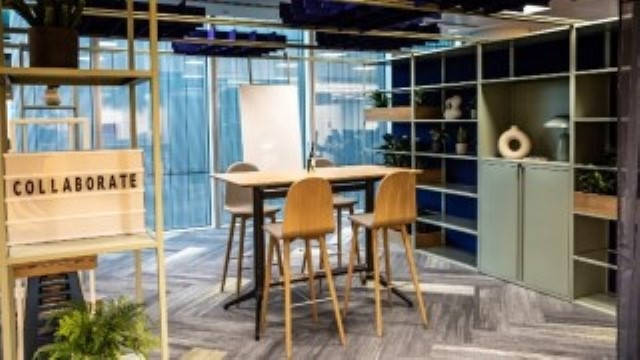